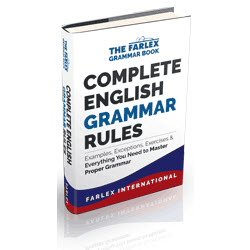 As Calvinists, the New England Puritans believed that education was a principal avenue through which children would become conversant with Scripture. They also considered it essential for society to achieve social and religious stability and to develop a particularly well-read clergy." In 1636, John Harvard, "a godly Gentleman and a lover of Learning, established Harvard College to "raise up a class of learned men for the Christian ministry" so that "the tongues and arts" might be taught and learning and piety maintained." It has been said that 123 of this nation's first 126 colleges were of Christian origin. In order to prepare children for college, town governments established Latin grammar schools. The clergy sometimes participated in the educational process by teaching certain children the classics, either by tutoring them or by taking them into their families as boarding pupils.

At first, education was entirely voluntary, but people soon became concerned that too many were neglecting the religious instruction necessary to undergird society and civil government. Such parental negligence as there was in educating children was more a result of difficult living conditions than religious apathy. To keep matters from getting worse, Puritan leaders approached the state governing bodies, which in their world were subordinate to the Church, to pass a law requiring parents and masters to tend to their educational and religious duties.

In response, the colonial legislature of Massachusetts passed the Massachusetts Law of 1642, directing town officials to determine whether children were being trained "in learning and labor and other employments profitable to the Commonwealth," and if they were being instructed "to read and understand the principles of religion and the capital laws of the country." Violators were subject to fines. This was the first time in the English-speaking world that a representative body of a state government had ordered mandatory reading instruction for all children.

Notably, the 1642 measure had nothing to do with schools or teachers, just instruction, the responsibility for which remained with parents. But this law didn't produce the desired results, so the colonial legislature passed another law in 1647, known as the "Old Deluder Satan Act," which gets its name from its preamble. The preamble recited the colonists' belief that "one chief point of that old deluder, Satan, [was] to keep men from a knowledge of the Scriptures." Learning, it said, was in jeopardy of "being buried in the grave of our fathers in church and commonwealth." As the Puritans believed that ignorant people were more susceptible to Satan's corruptive power, the law required every town of fifty householders to appoint and compensate a reading and writing teacher. Towns of one hundred householders were to establish Latin grammar schools to train children for college. If they did not, they would be assessed a fine.

It has been said that these two laws of 1642 and 1647, along with the earlier laws of 1634 and 1638-establishing the principle of common taxation of all property for town and colony benefits-were the bedrock upon which the public school system was later founded in America. But in no way did these laws establish an educational system remotely approximating today's level of government support and control of education. It is ironic, given today's hostile climate toward any presence of Christianity in public schools, that the impetus for compulsory education was the colonists' determination to instruct their children in the Christian religion. This legislative scheme provided the model for education laws throughout New England, with the exception of Rhode Island, as its founding was grounded in a broader interpretation of religious freedom. Gradually, compulsory school laws were less stringently enforced and private schools began to flourish, so that by 1720, Boston, for example, had more private schools than taxpayer-supported ones. By the end of the Revolutionary War, many towns in Massachusetts had no publicly supported schools.

Get My Free Audio Book