Equality Of What and of Whom 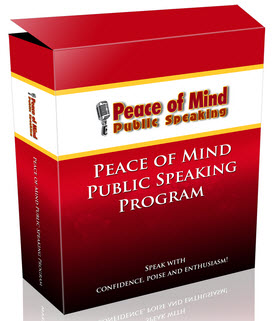 Isegoria, equality of public speech, was intimately tied to democracy as a unique kind of civic life, especially in contrast to tyrannies. Isegoria, as Herodotus speaks of it, was that unique characteristic of democracy that allowed each citizen to express his equal membership of the community and in this way he achieved 'his very self through and in community.35 This isegoria, introduced by Kleisthenes in 508/7 bc, was closely linked with the notion of equality of opportunity to participate in the public sphere of collective decisionmaking. It has often been asked whether ordinary citizens availed themselves of such opportunities. Did they engage in debate prior to collective decisions being taken?36 We are so used to an apathetic citizenry that Athenian ideals appear to be no more than that.

It seems clear that no one expected that everyone of those citizens who attended a meeting of the Assembly could or would address his fellow citizens. There were numerous 'quiet Athenians',37 not least because to address the Assembly one needed some skill and experience in public speaking and some familiarity with the debated issues. Furthermore, to draw up a proposal in writing was a specialist skill. But as an ideal, public speaking was also a possibility, there for anyone who cared to put his views before the Assembly and so demonstrate his own excellence on the basis of which he would be publicly acknowledged and rewarded. As a regular procedure, a herald issued an invitation to all at the Assembly by asking 'who wishes to speak?'

This conception of equal consideration for each citizen where each had the opportunity to realize equality by being entitled to public speech, seems to have formed the basis of the uncoerced and informed allegiance to the democratic constitution where all citizens were made to feel they had a stake in the polis, obeying the laws and co-operating. It did not, however, mean that all men were considered the same in their capacities to convert whatever personal and private resources they had into worthwhile or satisfying public activity. Athenians were aware that different individual contexts served to alter, to some degree, an individual's personal ideals of what he wanted for himself and his kin as well as his means to achieving them. But collectively, the ideal of public participation and the admiration for those who chose, in suitable contexts, to serve the community, were upheld. As we shall see, Aristotle was intensely interested in those aspects of life which prevented some men from realizing their collective and individual ideals.

For the later fifth century bc, these ideals were famously put into the mouth of Perikles by the historian Thucydides (2.37) when he said that in Athens, 'rule is not by the few but by the majority. In private disputes all are equal before the law, whereas in public affairs appointments are according to merit and personal reputation. What matters is not rotation [of office] but ability. Poverty does not debar a man from recognition if only he can be of value to the polis\ He added that in their private lives Athenians were free and tolerant and in public affairs they kept to the law because it commanded their deep respect.38

38 See M. I. Finley, 'Leaders and Followers' m his Democracy Ancient and Modern, ch. 1; but see also N. Loraux, The Invention of Athens: the funeral oration in the classical city (Cambridge, MA, 1986).

In the fourth century, the ideal of public participation was expressed by Aeschines,19 who noted that in oligarchies [where the rich rule] it is not he who wishes but he who is in authority that addresses the people [in Assembly]; whereas in democracies he speaks who chooses and whenever it seems to him good. And the fact that a man speaks only at intervals marks him as a man who takes part in politics because of the call of the hour and for the common good; whereas to leave no day without its speech is the mark of a man who is making a trade of it and talking for pay.

The types of people with a variety of personal talents and from a variety of backgrounds who sought power and influence in the Assembly changed during the two centuries of expanding democracy. If in the sixth century Athenian public life was dominated by aristocrats, greater account was taken of the ordinary citizens of the demos during the fifth century, some of whom increasingly participated in debates and voted in the Assembly. The constitutional reforms of Ephialtes, beginning in 462/1 bc, brought into being what some were to regard as the full democracy, so that Perikles could thereafter argue that democratic principles relied on the fact that the conduct of Athenian affairs was entrusted to many.40 For the more ambitious, instruction was offered by Sophists (see below, pp. 45—9) in the art of getting on in life through persuasive public speaking. Those who could afford their fees or could pay for the services of a professional speech-writer to help them speak on their own behalf in court, prospered in their public ambitions. At the end of the fifth century some of these ambitious men may have lacked traditional aristocratic birth but they had acquired sufficient wealth, often in manufacturing enterprises. Such men became increasingly influential with the demos so that by the fourth century hardly any political leader was of aristocratic descent. This meant that the ordinary citizens, collectively, enjoyed the last word in major decisions, whereas an ordinary man on his own and as an amateur could not realistically hope to compete with those whose acquired rhetorical skills and expertise, owing much to their fortunate economic circumstances, brought them to prominence. Therefore, in the Athenian polis in which political initiative was stimulated by ambition (philotimia) and competition (hamilla), the equality that was seen to matter was that of opportunity among peers.

Isonomia on the other hand, or equality through the law, or, as Thucydides says (2.37.1) equality before the law, ensured that men of differing wealth, power, social status, cleverness and eloquence were to be treated equally by the laws and by judges or state-paid jurors in the courtroom who were responsible for the administration of justice. Aristotle would refer to this kind of justice as corrective or rectificatory. He said:

It makes no difference whether a good man has defrauded a bad one or vice versa, nor whether a good man or a bad man has committed adultery; all that the law considers is the difference caused by the injury; and it treats the parties as equals, only asking whether one has committed and the other suffered an injustice, or whether one has inflicted and the other suffered a hurt.41

What seems not to have been argued in democratic Athens was that all men were equal by nature in the sense that all men were the same. Satisfied with political arrangements that secured legal equality, and ever-concerned with political stability, Athenians for the most part accepted economic inequality. No one deserved to be poor but some had the ill luck to be so. They also accepted an inequality of talents and temperament,42 as is clear from Perikles' reference to merit. The latter was often fostered by what was clearly a differential in the kind of wealth that could sustain more than average leisure for political engagement on the part of the ambitious who sought leadership and prominence through debate in the Assembly. Observing retrospectively the behaviour of those who chose to exercise their freedom to speak in Assembly, democrats were willing to reward those who deployed their leisure in such a way as obviously to give more valuable advice than others. To speak in the Assembly was acknowledged to require more than mere leisure; it required either natural talent or training and the will to put these to public use. As Demosthenes insisted in the fourth century,43 Athenian democratic freedom was preserved by the competition of virtuous men for public honours. It was only anti-democrats who stressed that democracy meant a belief in the equality of nature in the sense of an equality of talent, intellect and ambition,44 giving the impression that democrats had no interest in recognizing that some men had proven themselves to be more worthy of public recognition than others.

How To Become A Successful Public Speaker

Have You Ever Dreamt Of Addressing A Group Of People And Making Them All Listen To You Without Batting Their Eyelids? Do You Want To Set A Trance On All The People Who Are Listening To Your Speech, And Etch Your Name In Their Minds? At Last! Learn Some Little-Known, But Highly Effective Tips On Public Speaking… Learn The Art Of Convincing A Crowd, And Unleash Your Public Speaking Ability On The Entire Audience… And Mesmerize Them With Your Words And Thoughts.