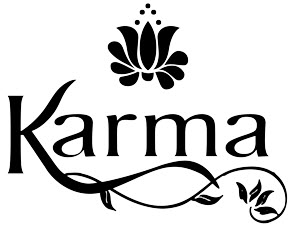 Writing in the persona of Johannes Climacus in Philosophical Fragments, Kierkegaard first tackles this issue indirectly by proposing a 'thought-project' concerning the paradoxical question of whether truth can be learnt (PF 9-22). Paraphrasing Plato's Meno, the Socratic dialogue in which this question is raised, Climacus states the paradox thus: 'a person cannot possibly seek what he knows, and, just as impossibly, he cannot seek what he does not know, for what he knows he cannot seek, since he knows it, and what he does not know he cannot seek, because, after all, he does not even know what he is supposed to seek' (9).12 The Platonic solution to this paradox was the doctrine of recollection noted earlier, namely that truth is immanent in human beings and needs only to be recollected in order to be known. As a teacher, then, Socrates did not bring the truth to others but merely played the role of a midwife who assisted them in 'giving birth to'

or remembering what they already knew but had forgotten. According to Climacus, both ancient and modern speculation repeat this idea by positing an eternal creation, emanation, or becoming of the deity that is known or comprehended on the basis of some prior state in human beings such as reason or self-consciousness (10 n.). Self-knowledge is thus equivalent to God-knowledge inasmuch as one is assumed to have an innate knowledge of and essential unity with the divine (11). Moreover, just as the teacher is only an occasion for recollecting truth in oneself, existence in time is only an occasion for coming to know the truth since one is presumed to be in possession of it from all eternity.

In contrast to this Platonic or speculative way of learning the truth, which can be understood as applying to all forms of natural theology, Climacus hypothesizes an alternative path to learning the truth which, in order to be truly different, must meet the following conditions:

(1) A particular moment in time, namely the coming into existence of the eternal, is decisive for coming to know the truth.

(2) The learner does not possess the truth, not even in the form of ignorance, nor seek the truth.

(3) Both the truth and the condition for understanding it must therefore be given to the learner by the teacher, who reveals to the learner that he/she exists in a state of untruth, for which the learner is responsible.

(4) The condition for understanding the truth must originally have been given to the learner in the creation, for otherwise the learner could not be held responsible for being in a state of untruth.

(5) The learner not only stands outside the truth but is polemical towards it since the condition for understanding the truth has been freely forfeited.

(6) Having forfeited the condition for understanding the truth, the learner is now bound and excluded from the truth, unable to free him/herself from bondage. (PF 13-17)

In this scenario the teacher cannot be merely a human being like Socrates but must be divine since the learner stands in need of being not merely reformed but transformed into a new person of a different quality, which only the god can do (PF 14, 18). The god is thus clearly more than a teacher and should be called saviour, deliverer, reconciler, and judge as well (17-18). The decisive moment of the god's coming into existence also deserves a special name: the fullness of time (18). The learner's state of untruth can likewise be given another name: sin (15). Similarly, the change undergone by the learner in receiving the condition for understanding the truth can be called a conversion and rebirth since it involves a conscious turning around by the learner, repentance or sorrow over his/her former state, and a transition from untruth to truth or non-being to being (18-19).

With the substitution of Christian terminology to characterize this alternative way of learning and acquiring the truth, it immediately becomes familiar, so familiar in fact that Climacus anticipates the objection that he has falsely claimed to invent a project that is common knowledge. He openly admits that it is not his own invention; nor is it the invention of any other human being—at least no one has stepped up to take credit for having invented it, which for Climacus is a test of 'the correctness of the hypothesis and demonstrates it' (PF 22). But the question he really wants to raise concerning the Christian hypothesis, particularly with regard to the notions of birth and rebirth, is not whether it is true or not but whether it is thinkable, and if so, who is supposed to think it—someone who has not undergone a conversion and been reborn or someone who has? For Climacus the correct answer to this question is clearly the latter person, as it would be unreasonable and ludicrous to expect persons who have not been reborn to think it or to find out by themselves that they do not truly exist. This means that the incarnation could not have been conceived by human reason but is thinkable only by virtue of a revelation from the god via an entry of the eternal in time that brings the truth to human beings.