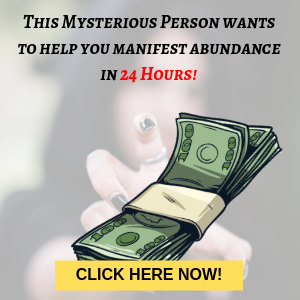 The Everlasting Covenant establishes a new relationship between hYhy and mankind. It's the relationship of a Husband and His wife. It's metaphoric, or a figure of speech that draws an analogy. Like a marriage, there are two processes involved: betrothal and consummation. 50 days after leaving Egypt, representing the bondage of sin, the children of Yisrael (the chosen wife of the promise) were at Mount Sinai. This was the first "Shabuoth", now called "Pentecost". The elements found in the Everlasting Covenant correspond to Yahudim wedding traditions. HYhy refers to Yisrael as His "wife", because He has engaged in a formal betrothal. Sinai was this betrothal, and two written copies of the Torah (teachings, written in stone on front & back) were the marriage "ketuba". One for the Husband, and one for the wife. These were placed into a special container, called The Ark of the Covenant. The Husband chose His wife, Yisrael, to care for, provide for, and protect. The wife agreed to obey, forsaking all others. Two witnesses were called forth to hear the Covenant: shamayim (heavens, skies), and Eretz (Earth). They are the witnesses to the wife making her vows: "All the words which hwhy has spoken we will do."Ex. 24:3. At this point, the 70 elders of Yisrael (the Sanhedrin of the time) ate and drank with the Husband, Bridegroom, Creator, and Sovereign. The "wife" provided her contribution to the marriage covenant, a type of property brought by a bride to her husband at a marriage: the gold, silver, bronze, fabrics, oils, and precious stones for the construction of the ark and dwelling of the Husband among them. The terms of this formal covenant (the written wedding agreement, or ketuba), were burned into stone with the finger of hYhy. The NAME of the Husband was taken by His wife; and so they (we) are called: YAHUDlM. This was corrupted to Judah, by translators, then Jude, and for the last several hundred years, it has been Jew. HWHY speaks of His Covenant without ceasing, reminding His wife of the marriage. "For your Maker is your Husband ~ hwhy Shaddai is His Name" (Read all of Yesha Yahu 54, 55 & 56). GENTILES ALSO CALLED "Blessed is the man who does this, the man who holds it fast; who KEEPS THE SHABBA TH without defiling it, and keeps his hand from doing any evil. LET NO FOREIGNER who has bound himself to hYhy say, hYhy will surely exclude me from His people'. And let not any eunuch complain, I am only a dry tree'. For this is what hYhy says: "To the eunuchs who keep my Shabbaths, who choose what pleases Me and hold fast to my covenant ~ to them I will give within My Temple and its walls a memorial and a name better than sons and daughters; I will give them an everlasting name that will not be cut off. And FOREIGNERS who bind themselves to hYhy to serve Him, to love the Name of hYhy and to worship Him, ALL WHO KEEP THE SHABBATH without defiling it and who hold fast to My covenant, these I will bring to My qodesh mountain and give themjoy in My house of prayer____For My house will be called a house of prayer for all nations.'" Yesha Yahu 56:2-7.

All of the "converts" underwent an immersion, called now a "baptism", which is a logical progression for us to turn to now. Any body of water can be used; the Hebrew term is "MIKVA". Traditionally, a mikva is a place to wash away "uncleanness", as a woman would bath after her monthly cycle before having contact with her husband. Likewise, our "Husband" doesn't wish contact with us until we have washed away our past sins (ignoring Torah). Our immersion is an outward sign of our commitment to obey from that point on, and the New Covenant promises the Spirit (our "helper") which writes the Torah (Covenant, marriage vows to obey) on our hearts. This pledge identifies us with His Name, His burial, and His resurrection from the dead. At 1 Peter 3:18-22, Cephas (Peter) states that the 8 persons on the ark were also saved through water, and that water symbolizes our immersion that now saves us. Those who came through the water fleeing Pharaoh came through the sea, along with "foreigners". All were saved through water. Immersion is our outward sign of a good conscience toward hYhy, and now represents our "circumcision", Col. 2:11,12: "In Him you were also circumcised, in the putting off of the sinful nature, not with a circumcision done by the hands of men, but with the circumcision done by Mashiach, having been buried with Him in (baptism) and raised with Him through your faith in the power of hYhy Who raised Him from the dead." Obviously, not comprehending this at the time of one's immersion means it was not anything but a "fake", and probably wasn't in the correct Name! An infant cannot possibly be considered capable of knowing what is happening. Immersion is an act of your own personal will; You covenant with OWYhl. LAYING ON OF THE HANDS You can immerse yourself, but it is my advice to find an elder if possible to attend. After immersion, you should seek to have an elder's hands laid upon your head, reciting the priestly blessing which places the Name of hYhy on you (Num. 6:22-27). At this point, you may bring others to the water, and lay hands on them. The students (disciples) of Rabbi OWYhy did this, but He immersed no one ~ it is our duty to make converts and immerse them into His Name. At the time of the laying on of hands, you will receive a greater "measure" of OWYhl's Spirit, or gifts; not that the man touching your head has any "power" of his own, but rather by your obedience, our Beloved OWYhy witnesses your actions; and brings you an increase in His power. Do you feel driven to the water now? This knowledge is free, and the "Kingdom" of hYhy is not a thing to "go" to, because it is in our hearts, unseen. We are the set-apart (qodesh) "Temple", not a building dedicated to the financial plundering of the lost. I was immersed in a creek here in Louisville, with only my 8-year-old son present, when I was 39 years old. I had been immersed as a baby, and by a Christian minister a couple of years before, but I called on Yahushua when he said "Jesus". He looked pretty shocked when I said it. But, I did it again myself in the creek, because I felt disturbed over the other situation. The Blood of the Lamb covers our sins, but we inherit eternal life by the resurrection of OWYhl ~ which is what our immersion pictures. Although my son and I were the only people present at the creek, I felt the presence of hYhy, and other beings in His presence who witnessed my immersion. You will also, when you obey, and undertake this "circumcision". Romans chaps. 7 & 8 are a must-read! Read the whole context without a "lawless mind". The secret is unlocked for you. Shaul explains the whole struggle with "sin", and how we, with the Spirit, delight in hYhy's Torah in our inner being. The "law" is spiritual; but while we remain in an unspiritual condition, it produces death. The "law" was created to produce LIFE, but can only do so if we become spirit-minded by having Mashiach in us, destroying our sinful, lawless nature. "Those who live according to the sinful nature have their minds set on what that nature desires; but those who live in accordance with the Spirit have their minds set on what the Spirit desires. The mind of sinful man is death, but the mind controlled by the Spirit is life and peace; the sinful mind is hostile to hYhy. IT DOES NOT SUBMIT TO HWHY's TORAH, NOR CAN IT DO SO. Those controlled by the sinful nature cannot please hYhy. You, however, are controlled NOT by the sinful nature, but by the Spirit, F THE SPIRIT OF HYHY LIVES IN YOU. And if anyone does not have the Spirit of Mashiach, he does not belong to Mashiach." Rom. 8:5-9. Please read

Romans chapters 7 & 8. You will be confronted by many people in the future who struggle to understand what Shaul really means. Men attend B-ble colleges, seminaries, and spend their entire lives without being able to "crack" the secret, nor can it be done ~ unless your mind gives up, and you ask OWYhy for the TRUTH. As I said on page 4 of this book, you must have asked Him for the TRUTH, because now you have it. I asked, and I received. "The Truth Is Out There" ~ but now it can be JN you. You have just found the treasure of eternal life, if you will only pick it up and put it on! That is what the ("Gospel") message of the Reign of hYhy is, and the 1st part of the secret:

REPENT. FOR THE REIGN OF HYHY DRAWS NEAR. This means He reigns in our hearts and minds, and we obey Him because we love the Covenant (the marriage vows, the 10 Commandments). We show our love for Him by our faithfulness. We change, they don't. The "change" in the "law" between the Old Covenant and the New concerned the ceremonial animal sacrifices, which were imperfect, and could not justify us permanently. The New Covenant: This is the 2nd part of the secret. It was "cut" in the Blood of the Lamb of hYhy, when ONE sacrifice put an end to atoning for lawbreaking. Having become convicted of our sinfulness, we "turn" or repent to the Torah. Our belief in Him as our substitution, convinces us of our sinfulness and need for a debt payer. However, we cannot be perfect, because of our mind of the flesh. This is where the New Covenant brings us eternal life. Showing our repentance to the marriage vows by obedience, we go to the water in full submission to our Husband, and wash clean spiritually. We actually "die" to sin. We are then "raised" with Him, and He comes into us ~ you will feel Him, it is like a "wind" grabbing you from the inside, filling you. You will feel something change in your will, and have a new clarity of mind. Your flesh will no longer rule your mind, but your spirit will rule your flesh. By His resurrection, we have eternal life also. We are atoned for by His death; but we are SAVED by His LIFE, the resurrection from the dead. This is the complete Truth, and it is absolutely free. You don't have to pay for it, by going to a steeple for decades giving a man 10% of your money, because he doesn't even know it. As you continue to learn, you will see that Christianity is a man-made religion, and absolutely nothing like the faith (religion) that was delivered to the saints. The Nazarenes existed for centuries before a "Christianity" did.

Discover The Secret Of Immortality