Alive after the Fall Review

The Madonna was said to have appeared to six Catholic children, four girls and two boys, at the small village of Medjugorje in Herzegovina on June 24-25, 1981. This village subsequently became one of the world's more popular pilgrimage sites. Millions have made their way to Medjugorje, which means "between the hills." Pilgrims would see the shimmering light, the strange phenomenon around the sun, an intense feeling of both attraction and fear of looking, but only a select group of young visionaries were able to hear the Virgin Mary speak and transmit her message to the rest of the world. Most of the messages were general messages on the need for world peace.

At the time the Virgin was appearing in Medjugorje, the Bishop of Mostar, Monsignor Pavao Zanic, had been attempting to wrest control of some parishes from some local friars of the Franciscan order. Among the first champions of the authenticity of the Virgin's appearances were local Franciscans. When the Virgin was asked by one of her interlocutors about the case of two Franciscans who had been punished by the bishop, she re plied that the bishop had made a mistake. The bishop worked tirelessly to have the visions condemned as a fraud.[11]

Various interpretations have been given for the visions, which were declared to be authentic by influential Catholics, including the theologian Hans von Balthasar. Those who interpret the visions psychologically suggest that the vision of the Madonna calling for peace is a return of repressed memories. Herzegovina was the scene of some of the worst atrocities of World War II, with gruesome killings by Catholic Ustashe of Serbs in the very locale of Medjugorje itself. During World War II, the Bishop of Mostar wrote to Archbishop Stepinac of Zagreb, the highest ranking cleric of the Catholic Church in Croatia, describing the slaughter of Serb men, women, and children by the Ustashe, who threw hundreds of women and children over a cliff to their deaths.[12] After the war, Serbs and Croats went back to living side by side; discussion of the atrocities of World War II was forbidden in the Tito era.

Herzegovina is dominated by Croat religious nationalists, who are divided into two political factions. The HVO worked to partition Bosnia with Serbia, destroy Bosnian Muslims, and integrate most of the Croats of Bosnia into a larger Croatian nation. The other faction, the HOS (Croatian Armed Forces), worked to drive Serbs out of Bosnia-Herzegovina and integrate Bosnia into a "Greater Croatia" modeled on the World War II fascist state. Its motto was the Ustashe slogan "ready for the homeland" (Za dom, spremni ). With the backing of Tudjman's government and the regular Croatian army, the HVO took over Herzegovina and absorbed the HOS.[13] It was out of these elements that Croatian President Franjo Tudjman forged the knife

he was to plunge into the back of Croats, Muslims, and Serbs who desired a multireligious Bosnia. The Convoy of Joy

At the London Conference of 1992, the Western powers condemned ethnoreligious terror, pledged to support Bosnia's territorial integrity, and rejected the use of force to change boundaries. The conference appointed two negotiators to work for peace in Bosnia: Cyrus Vance was to represent the United Nations and David Lord Owen the European Community. The Vance-Owen plan divided Bosnia-Herzegovina into ten cantons with a dominant ethnic group in nine of the cantons. The area designated for Croat control was very generous. The Herceg-Bosna regime used the Vance-Owen map to justify an attack on Muslim communities; where the map said "Croat control," they seized control by disarming Bosnian Muslims and destroying their communities.[14]

While Croats and Bosnians had agreed to the Vance-Owen plan, the Republika Srpska leaders stalled as their army seized more territory. Then in May 1993, they rejected the plan. Owen and Thorwald Stoltenberg, Vance's successor as UN negotiator, then came up with a map that in Owen's phrase, recognized "reality on the ground" and was based on a map drawn by Croatian President Tudjman and Serbian President Milosevic. The plan gave Serb nationalists control of almost all the territories they occupied, including the former Muslim-majority cultural centers.[15] The proposed territorial division based upon reality on the ground became a signal that ethnoreligious expulsions would be rewarded by the international peace negotiators. When the

HVO saw that the Serb army would be rewarded for its atrocities, it began copying them, turning its original aggression at places like Prozor into a systematic campaign modeled on the Republika Srpska aggression against the Bosnian Muslims.[16] Bosnia was under enormous pressure to capitulate and accept a plan that would put Bosnian Muslims into religious ghettoes. The pressure was increased when a Muslim businessman, Fikret Abdic, supported by both Croatian and Serbian nationalists, declared his own statelet in the Bihac area, fragmenting further what was left of Bosnia.

By the summer of 1993, Bosnia was on the edge of annihilation. After the HVO attacked Muslims in the ancient Muslimmajority city of Travnik, the underarmed Bosnian army fought back; as the HVO retreated, many Croats fled Travnik to HVO-controlled territory. In many cases it was the HVO that forced Croats to leave areas controlled by the Bosnian army, although there were also cases in which Muslim militias forced Croats to leave.[ ] The Bosnians were opposed to religious expulsions as a matter of policy; indeed, Bosnia was constitutionally defined as a multireligious nation. Yet the Owen-Stoltenberg rules of reality on the ground rewarded religious expulsions with territorial concessions and, in effect, punished any party that refused to engage in them.

As Bosnians struggled to survive, the only ones to come to their defense were a few contingents of Mujahidin , veterans of conflicts in Afghanistan and elsewhere in the Middle East. The volunteers came both to help save a Muslim population from extermination and to lead them back to what they believed was a more proper version of Islam. Even though most Bosnians resisted such missionary work, the militant and intolerant behav-

ior of the Mujahidin became a propaganda bonanza for Serb and Croat nationalists and their European and North American supporters Who had claimed that Bosnian Muslims were fundamentalists. By contrast, the many Greek and Russian volunteers fighting for the Republika Srpska aroused little attention in the West.[18]

In April 1993, in the Lasva Valley of Bosnia, the HVO launched a wave of terror. Entire families were burned alive in their homes. In the southern Herzegovinian town of Capljina, Muslim civilians were raped and confined in concentration camps. The HVO openly collaborated with the Serb army in an assault on the town of Zepce.[19]

The "Convoy of Joy" has become the abiding symbol for the betrayal of Bosnia. In June 1993, the HVO and the Croatian army authorized a humanitarian convoy to pass through Croat military lines to relieve the city of Tuzla, in Bosnian government territory. Once the convoy had passed into HVO-controlled territory, the HVO attacked it. HVO militiamen shot the Muslim drivers or pulled them out of the trucks and slit their throats. The HVO invited local villagers to loot the trucks. For several days the convoy was attacked and pillaged as British UN peacekeepers, who were on the spot, observed but refused to intervene. Only when the peacekeepers themselves were attacked did they fire on the HVO.

Bosnian Muslims were caught in the middle of a family quarrel between Croat and Serb Christian nationalists. However violent that quarrel was between the two parts of the family, the violence was greater when displaced upon those considered to be alien. It is always dangerous for a third party to come near to an intrafamily dispute. The violence can easily be turned toward

the alien; once the alien is dispensed with, the family can resume its dispute. The Serb-Croat dispute was bitter. Even so, for some Croats the Serbs were still fellow Christians, while Muslims are all Turks.

In 1993, Christoslavic hatred of Muslims was being stoked by Croatian President Franjo Tudjman and his anti-Muslim Minister of Defense Gojko Susak. As the government-dominated news media in Croatia hammered home stereotypes about Muslims, some parts of Croatian society turned hostile. One Croatian writer recalled a cold reaction by friends in Zagreb when she declined to wear the jewelry crosses that had come into fashion; she was accused of subversive attitudes.[20] Many Muslim refugees were told they were no longer allowed to study or work in Croatia. In some cases, Muslims who did not eat pork or drink alcohol were called Turks and disowned by their own Catholic relatives.[21] Tudjman himself reviled Bosnian President Alija Izetbegovic for not drinking alcohol. A 1992 article in the popular Catholic magazine Veritas rejoiced that the cross of Christ stood next to the Croatian flag, a Croatian bishop next to the Croatian minister of state, and "guardsmen wore rosaries around their necks."[22]

After finishing with Stolac in August 1993, the HVO turned to Pocitelj. On August 23, Pocitelj's sixteenth-century masterworks of Islamic art and architecture were dynamited and its Muslim population driven off to detention camps.[23] To mark the expulsion of the Muslims and destruction of the Islamic monuments, a huge cross was erected on the roadside next to the town.[24] Just as Serb religious nationalists first expelled the Muslims from Foca and Zvornik, then dynamited all the mosques, and then declared there never had been any mosques in the

towns, so the Herceg-Bosna authorities are now attempting to rewrite the history of Pocitelj. In spring 1996, a conference was organized in nearby Capljina on the "Historical Development of Croat Pocitelj." There are reports that a Catholic church will be built on the ruins of the destroyed mosque.[25]

In the same month, images of skeletal prisoners at the HVO

concentration camp at Dretelj reminded the world of earlier images from the Serb nationalist camp of Omarska. The prisoners at Dretelj had been starved, forced to drink their own urine, and tortured sexually. As at Omarska, local criminals were invited in to kill Muslim captives.[26]

After watching the HVO and Croatian army attack Bosnian Muslims for more than a year and a half, the Western powers fired of the spectacle. Western diplomats threatened Croatia with a withdrawal of support and on March 18, 1994, the Clinton administration brokered an agreement between Bosnia and Croatia. The Croatian government ceased hostilities and agreed to a federation between Bosnian Croats and the Bosnian government, and a confederation between Croatia proper and the new federation of Bosnia-Herzegovina.[27]

Get All The Support And Guidance You Need To Permanently STOP The Battle With Alcohol Once And For All. This Book Is One Of The Most Valuable Resources In The World When It Comes To Transformational Tools For Battling Booze Binges And Staying Alcohol-Free. 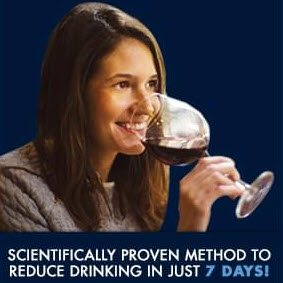